The next exciting stop on our ‘Unbelievable’ Tour 2021, is the beautiful market town of Kendal in the southern Lakeland District of Cumbria 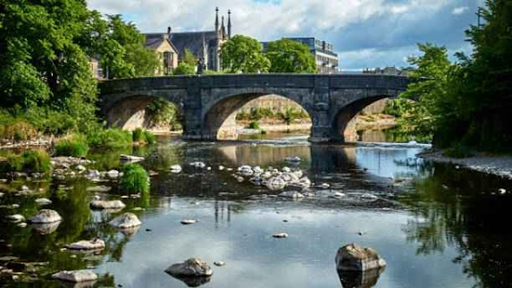 Historically the centre of Kendal was formed around a high street with fortified alleyways, known as yards, off either side, which allowed people to shelter from the Anglo Scottish raiders known as Border Reivers.  It was one of the most important woolen textile centres in England.  Its numerous yards were filled with workshops for processing cloth, leather, and food products.  It earned the name ‘Auld Grey Town’ as much of the town was built from Limestone.   Kendal now has speciality shops on its cobbled streets and yards and is a centre for shopping and culture.

Kendal’s early prosperity was based largely on cloth manufacturing. Its most famous woollen cloth was Kendal Green, said to have been worn by the Kendal Bowmen. William Shakespeare also refers to Kendal Green in Henry IV (part 1).  There are still several industries based in the town including James Cropper paper makers, who make the paper for the Remembrance Poppies for the British Legion. 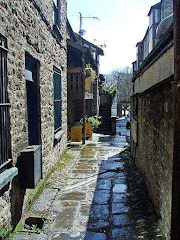 To the east of the town is Kendal Castle, a medieval fortification sitting atop of a glacial drumlin (an elongated hill in the shape of an inverted or half buried egg) The castle was built in the late 12th century as the home of the Lancaster family, who were the Barons of Kendal. 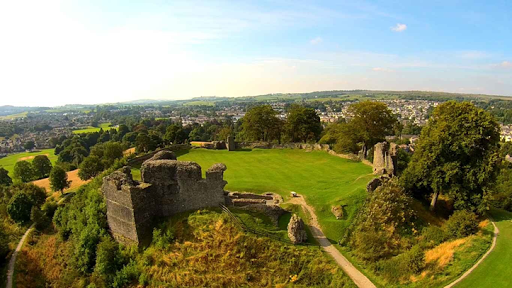 The most famous family associated with the castle were the Parr family, including Queen Catherine Parr, sixth wife of King Henry VIII.

Of course, Kendal is also home to the world famous, Kendal Mint Cake. The origin of this unique cake is alleged to be the result of a batch of glacier mints, that went wrong.  In 1869 confectioner Joseph Wiper supposedly left the boiled solution for glacier mints overnight and it turned cloudy and solidified. The ‘mint cake’ was then discovered in the morning.  His great nephew, Robert Wiper took over the family business in 1912 and he marketed the mint cake as an energy snack.  It was carried on the Imperial Trans Antarctic Expedition, led by Sir Ernest Shackleton. Sir Edmund Hillary also carried Kendal Mint Cake on the first successful ascent of Mount Everest.  Did you know that our Chico Rico is partial to a bit of Kendal Mint Cake…now we know where he gets all his energy from!!

Kendal has its very own version of the Bayeux Tapestry.  In the Quaker Tapestry Museum, you can view around 40 of the 77 panels that were created by over 4000 people, from 15 different countries, over 15 years…. that is a lot of tapestry.

If roads happen to be your thing, you will find no better than the A591 between Keswick and Kendal.  According to quantum physicist Dr Mark Hadley from Warwick University, this stretch of road has the correct number of corners and straight sections for the perfect drive!  Now that is Unbelievable.

If you fancy a challenge, then the Lakeland Maze Farm Park could be the place for you. One of the areas popular, family visitor attractions. Every year they create a different design for the maze. This working farm has two maize mazes, a mini one and a main maze.  You will also find plenty of animals to pet and tractor rides for when your legs get tired.

However, if you a partial to a cuppa then Farrer’s Tea and Coffee House could be just the ticket.  On the main street this stunning 17th century building is the original Farrer’s Tea and Coffee House with many original features, including its huge coffee grinder from 1853 and its 20 tea canisters, which are still in use today.  Other original features include the fireplace in the cafe dated 1644 and the original floorboards were reclaimed from the Merchant Clipper ships arriving back into local ports.  Truly a step back in time.

Just five miles from Kendal is the magnificent Levens Hall. Originally a Pele Tower, built around 1250 – 1300 and extended by the Bellingham family.  The house, with its exceptional interiors, furniture, clocks and paintings is also home to the world’s oldest topiary gardens.  The gardens remain largely unchanged since the 17th century. They have an impressive array of over 30,000 bedding plants which are all grown on the estate.